Project ACCELERATE conducted an online anonymous survey to determine current knowledge and perceptions of HIV self-testing. The survey was conducted between December 17, 2020 and December 30, 2020. It was completed by 387 people.

Key findings from the survey

The ability to test at a convenient location and to test alone were among the highest reasons given for why people were interested in HIV self-testing. 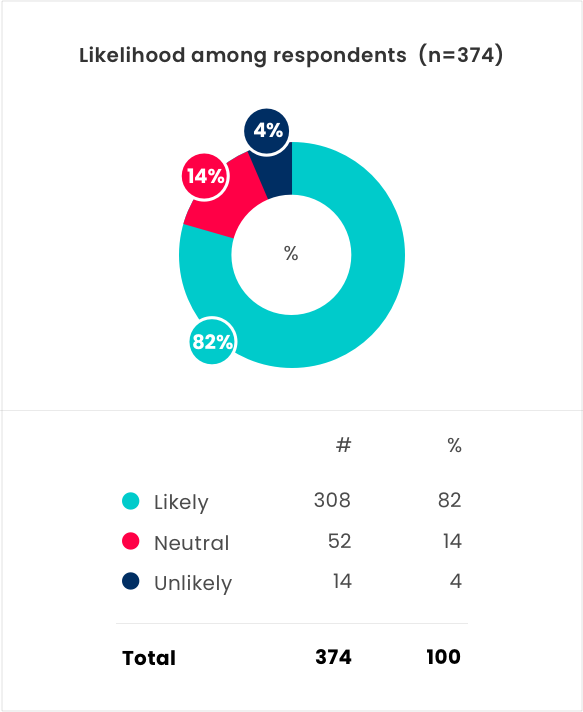 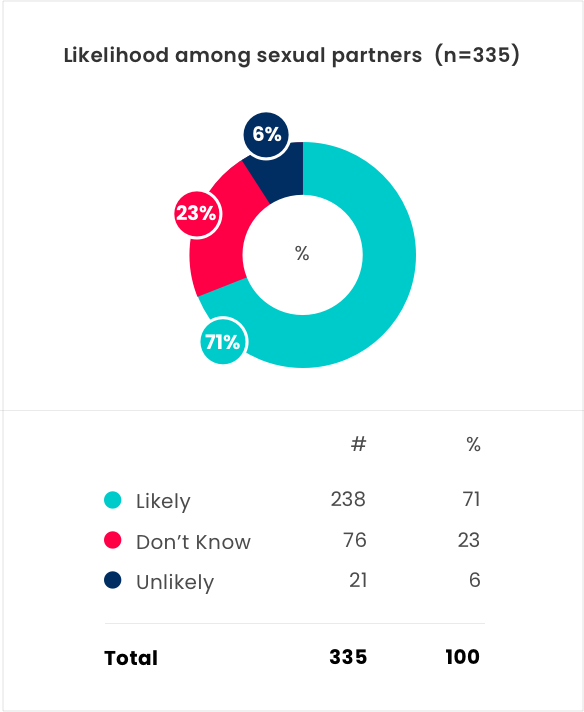 What interests you about HIV self-testing?

self-testing for HIV in India is pretty new. As more and more people are welcoming the idea, we wanted to understand what interests people about HIV self-testing. Take a look at this graph to see the answers we got. 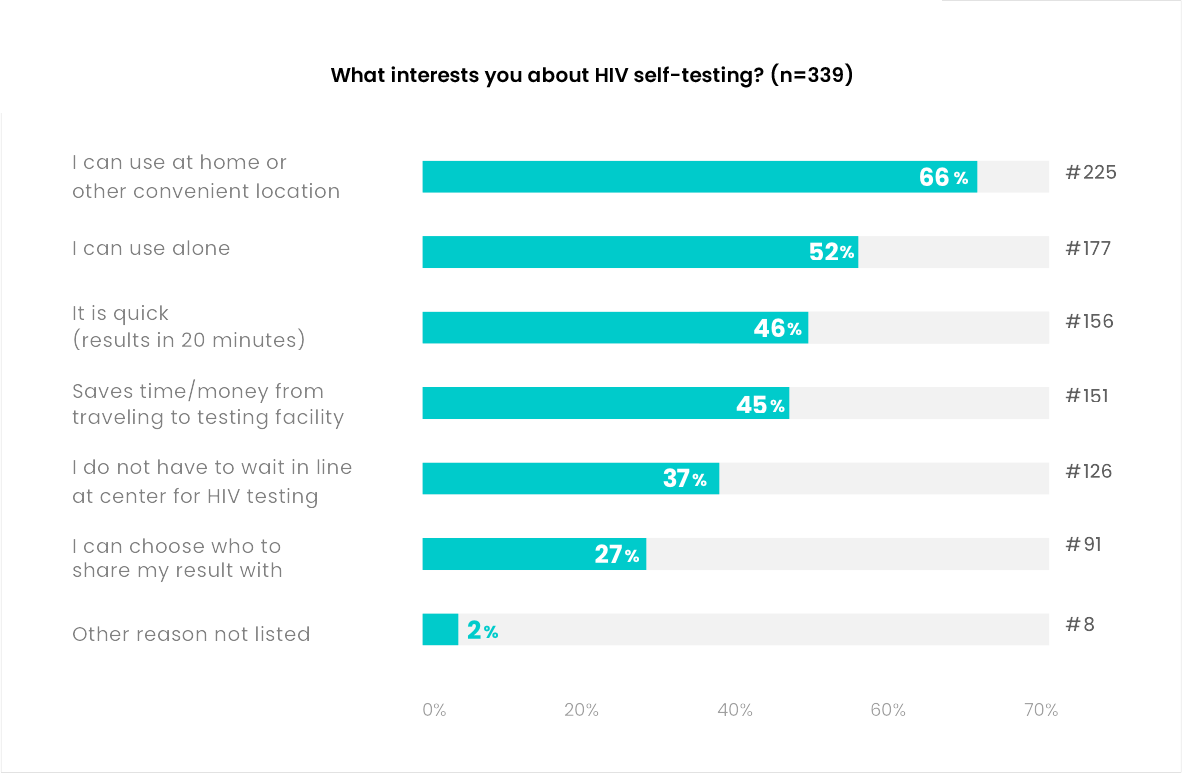 Thank you for providing us with your details.

Our VCounsellor will get back to you soon!

Can’t speak to a
counsellor now?

Don’t worry, we’ll get back to you – just provide your name and valid email or phone number. Rest assured that your data is kept completely confidential.

Get a call-back for
more help

Speak to a
virtual Counsellor